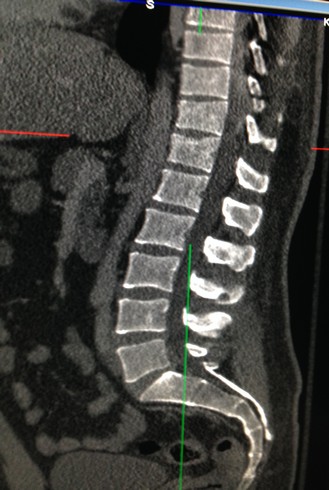 The Day My Fiance Broke His Back

Seth is a carpenter and a big, tough burly man. A former drill sergeant from the army, he weighs in at 220 lbs, mostly muscle. He'd been building houses with a lightning-fast crew on the South Side: Seasoned experts who can frame & sheath houses shockingly fast.

It was a quiet Wednesday morning. I was showing my oldest son how to cook and trying to decide whether I should head for the Beach when I received a tiny text message from him: "Just fell off a roof". Hmm. I thought, not good. His brother fell off a roof last winter, bounced up like a jack-rabbit and went back to work. So it might just be an informative message like when he got a huge splinter last week. I texted back "Are you okay?" No answer. I figured his ultra-tough crewmates were teasing him at this point and regaling him with stories of worse injuries they'd suffered - as usual.

When an E.R. Nurse called from the hospital, she could only tell me that he was in "a lot of pain". She didn't mention paralysis, so I took that as a sign that maybe he'd just broken a leg or something. They had taken him to a hospital on the far side of the Island, so I drove on down there as quick as I could, stopping only to pick up some arnica & Traumeel. Well, actually, the cops stopped me too - for speeding or something - at which point I completely broke down & told them that they had to let me go because my man was in the Hospital and I had the medicines that he needed. Totally unsympathetic, the first cop coldly asked "Well, isn't he under a Doctor's care?" I tried to explain that doctors don't know anything about Homeopathy or these kinds of meds & finally they let me go.

Upon arrival, I went straight to my fiancé and gave him 4 tabs of Arnica 30x (which incited the ire of his nurse, who eventually settled down). That's when they told us about his broken back. Much to my relief and his great luck, he was not paralyzed and not going to need surgery. However, he had some wicked contusions, especially from where he had landed on his hammer, and was in excruciating pain (despite being fairly drugged up). I immediately started massaging Traumeel into his back and chest. He had slipped on the apex of the plywood roof sheathing as it started raining, slid down its entire length and fallen 12 feet onto hard-packed dirt.

Between his fragmented memories, the MRI, and the bruises, we pieced together that he'd curled up as he fell, protecting his head with his arms, and probably landed on his back, a little on the right. The break was in T-12, a pretty crucial vertebra. The great blessing is that it is on the anterior side of the anterior portion of the vertebra, which means that the spinal cord was not affected, nor at risk.

In addition to the break, when I looked at the MRI, two other things immediately incited my serious concern:

So in addition to the actual fracture, and significant spinal deformation visible from the MRI, substantial joint damage seemed likely, as well as the normal torn & sprained muscles and ligaments likely to accompany such a traumatic injury.

Seth elected to check out of the hospital as soon as possible and stopped taking his pain meds. He said he'd rather let his pain sensibly inform him of his limits. The only position he could walk in (barely) was on crutches because he could induce a little traction by suspending his weight from them. Getting up and lying down were major productions involving much pain, caution, and heavy breathing.

Before we left the hospital, I asked the radiologist - a friend - if there were any contra-indications regarding massage. He said none in this case. I also asked if traction would be good for Seth, to which he replied "Yes, probably".

So safe at home, I had a plan for my man:

Thanks to the arnica & Traumeel, by the next day every bruise was gone except for the one where he'd landed on his tool belt. Even that was reduced to a red circle only an inch or two in diameter. He had to sleep on a board (hospital recommendation) or in a zero-gravity chair which ultimately proved to be the more comfortable, long-term option. He kept complaining of severe pain in his chest in addition to the pain in his back: "Where?"..."Everywhere".

There was a convex exterior area from T-6 to L-1 that was pretty much presenting as a solid, locked-up mass even when standing. His lower belly was deformed, drooping over his shorts by at least an inch. That night, as I was massaging Traumeel into his chest, in a fit of inspiration, I took hold of his feet and firmly tractioned his back with the intent of straightening out and decompressing the vertebrae. His back popped liked a string of Chinese fire crackers and he yelled "Stop!" which I immediately did. That night he was in excruciating pain and his core collapsed every time he tried to move.

I was legitimately concerned that I had made him worse, but in the morning he was significantly improved. He could now get up and sit down much more easily, with much less pain. He no longer required crutches to walk (although he still found them helpful). Also, the convexity of his thoracic spine was gone, reverted to a more normal curvature consistent with the rest of his back, and his belly arched normally above his shorts rather than drooping below. His overall pain level was immensely reduced and he spent the day hobbling around and sitting in his gravity chair. He was very proud that he managed to fetch the mail from the mailbox that day, for which I chided him, because he is supposed to be on best rest at least for the first week. Honestly, you cannot keep a good man down!

The acute pain in his back reduced, other pains started requesting attention. He was concerned that he might have broken his left foot. I quickly ascertained that he had not (since he could wiggle and clench all his toes). Still I massaged the area deeply, loosening the very-tight muscles before applying gentle traction through the metatarsals and a series of gratifying clicks and pops ensued, which he said made it feel better.

The other major issue he was complaining about was his chest. He pointed out that it was shaped differently than it used to be: there was a large rectangular protrusion a little above his heart. Now, I am a deep-tissue specialist, and this was an area of the body I had never experienced a client having trouble with before. I had already been melting through fascial trauma in the pecs from the start - presenting as numerous tiny to small, put potently distinct bumps and crystals within the very tight muscles - but this was strange.

Everything between the Manubrium and the 2nd rib was in spasm. Plus there was this weird, visible, rectangular bulge popping out in the middle of his chest. I had to look it up on my trusty "Pocket Body" app, which is the most useful tool I've ever found for anatomy research.

Quickly, a possible solution presented itself. I gently tractioned the sternum and manubrium away from each other. No luck. I wanted to pull the sternum up out of his body while tractioning the manubrium towards his head to realign them, but how could I possibly get a grip on the body of the sternum? Ah, yes: the breath. Okay, client-fiancé: "Breath into this area right here", I tapped the body of his sternum just distal to the sternal angle. It took a few tries for him to figure out how to breathe into just that area of his chest, but once he did, the magic happened " a subtle slide & presto! Realignment.

Three weeks of daily massage ensued. During the second week his Worker's Comp claim was approved, whereupon the back specialist who visits our island once every two weeks agreed to see him. So three weeks to the day after his fall, he finally got to see an actual back specialist who examined his MRI, and then said "Did they tell you you broke three vertebrae?". T-10 was broken on the posterior side, T-11 and T-12 on the anterior side. T-11 & T-12 had slip-fractured and were now a bit wedge-shaped rather than the chunky little cubic volumes normally found in a healthy spine.

As soon as his Worker's Comp was approved, I also got him in to see the best therapeutic specialist I know: a master Rolfer named Ken Solin, who knows a lot about spinal injuries, having personally recovered from a broken neck about 13 years ago. A lot of Kenny's work focused on relieving the massive angular compression through the ribs that had dislocated the sternal angle. But in true rolfer style, he worked everything and Seth improved rapidly.

Within a year, Worker's Comp declared him 97% recovered and officially discharged him. I truly believe that the manual therapies and rapid application of arnica + traumeel played a huge rule in his miraculous recovery. At this point he is back to work as a carpenter and pain-free despite regularly working with very heavy loads in a highly physical job. However, the loss of bone mass on the anterior sides of T-11 & T-12 sometimes causes a convex hump to develop in that area of his back if he goes too long without a massage or doing yoga (which he has only started recently). Since those vertebrae are within his rib cage, they are difficult to access through massage, so breathwork and yoga will probably be the most effective way he can keep the anterior portion of his spine open, strong, and healthy despite the bone deformations.